I love driving around various neighborhoods during springtime, when flowers bloom and lawns come back to life after a dreary winter. Each time, I cannot help but be amazed at the peace and calm in many neighborhoods around Seattle. When one considers that our region is graced by the presence of tech companies with higher than average education and income levels, you may be led to believe that all people, particularly on the Eastside, somehow enjoy a higher quality of life.

Yet beyond the immaculately manicured lawns sometimes lurk stories of distress and despair that even so-called privileged families hesitate to acknowledge. Among these are the stories of a rapidly growing population that now comprises nearly 30 percent of cities like Bellevue — Asian immigrants and Asian Pacific Americans, many of whom are seen (and subconsciously brushed off) as stoic high-achievers.

The model minority stereotype is still very much alive. In a society where work and school accomplishments supposedly indicate a well-adjusted life, where keeping up with the Joneses takes precedence over emotional well-being, individuals and families who experience psychological issues such as depression, anxiety, trauma and relationship difficulties may not recognize their symptoms or have the language to talk about it.

Add to that the cultural stigma of having a mental illness, and many issues go undetected until they become severe. In some tragic cases it becomes too late to intervene, such as when undiagnosed depression ends in suicide. People who are down may reach out for help out of desperation, but how do people who epitomize success (at least, by society’s measures) put aside their pride, overcome cultural stigma, and acknowledge the psychological distress they experience? Here are two real stories (names changed to protect identity): 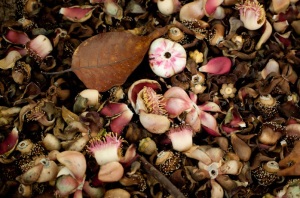 Stories like Kai and Shun’s are not uncommon today. Like many immigrants, they and their families came to the US for better opportunities. However, their successes often mask untold struggles and pain.

For 40 years, Asian Counseling and Referral Service (ACRS) has met the needs of underserved populations, providing linguistically and culturally sensitive services. More than 25,000 people seek our services or participate in ACRS community outreach events, with more than 2,000 individuals and families taking part in our mental health programs.

In 2008, the federal government passed the Mental Health Parity and Addiction Equity Act to ensure insurance plans provide mental health coverage comparable to medical and surgical coverage. Six years later, the Affordable Care Act further strengthens access for individuals with mental health issues. However, these alone cannot connect people like Shun and Kai to the therapy they direly need. It is now up to us — service providers, employers, schools and the community — to actively participate in promoting psychological and emotional well-being

In our continuing mission to serve the Asian and Pacific Islander community, ACRS recently expanded its scope of programs to include therapy services for individuals and families who have access to healthcare. Called ACRS Therapy Associates, this new office in Bellevue accepts most private insurance plans and offers a sliding scale fee for clients who pay out of pocket.

Therapy Associates is also starting a Wellness Series, held the first Saturday each month, where we invite community members all over Puget Sound to come and learn about mental health topics. Our next workshop, “Family Relationships and Dynamics,” explores what we have inherited from our families of origin that still play our in our current interpersonal relationships.

It is our hope that one day we may be able to talk openly about depression and anxiety the way we now do for cancer and diabetes. The sooner we can facilitate an ongoing dialogue about mental health, the better we can help people overcome such difficulties so they can lead happier, more fulfilling lives.

This article was originally published in the op-ed column of the International Examiner on April 4, 2014. Read it on http://www.iexaminer.org/2014/04/we-must-actively-promote-psychological-emotional-well-being-for-apis/

REMINDER: This blog is publicly viewable, as are all comments submitted under each entry. While we encourage discussion on topics we cover, we recommend you stay away from revealing personal health information. If you wish to discuss a personal situation with us, please contact our therapists by phone.